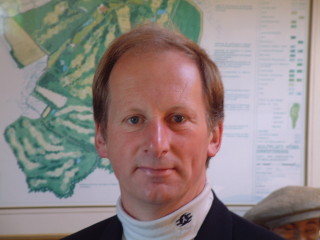 The company was formed in 1991 by Simon Gidman and planner Nicholas Blakemore. Simon began his career as a professional golfer, starting at Gerrard’s Cross G.C. and concluding at Sonning G.C.. Subsequently he studied Landscape Architecture at Leeds Polytechnic obtaining a Batchelor of Arts  degree in 1982. In 1983 he joined Hawtree’s as an assistant and during that time worked on many projects throughout Europe .

Simon Gidman is a past president of the European Institute of Golf Course Architects and vice president of the former British Institute of Golf Course Architects. He has lectured regularly  for the British Greenkeepers Assoc. at BTME, Harrogate and for the English Golf Union on their roadshows . He has presented papers to a number of Institutions including the National Turfgrass Council and the Golf Secretary’s Assoc. He has also contributed to a number of books on golf course architecture notably “ Golf  Architecture; A Worldwide Perspective” and “ Favourite Holes by Design”. 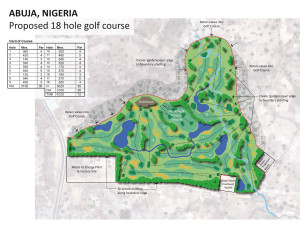 The company has  vast experience in the design and construction of new courses as well as renovation and remodelling of existing courses. More recently the company have been involved with the master planning of major housing / golf developments for Dar – al  Handasah in Dubai , Solidere  in Ajman, H2omes in Abuja, Nigeria. The company have also been involved with  the  planning and creation of  a number of golf courses created from imported soils e.g. The Centurion G.C., Hart Common G.C. and the Stonebridge G.C.